Update March 7th: I’ve upgraded the threat level of DCE.  Disposal instructions have been removed, as they were too site/quantity specific. YMMV.

Here’s a little something I made for our lab, as a means of teaching incoming students appropriate solvent practices.  Solvents are arranged roughly by the degree of health risk from mild (top) to severe (bottom right).  Only new control measures are mentioned at each level; all preceding warnings apply. 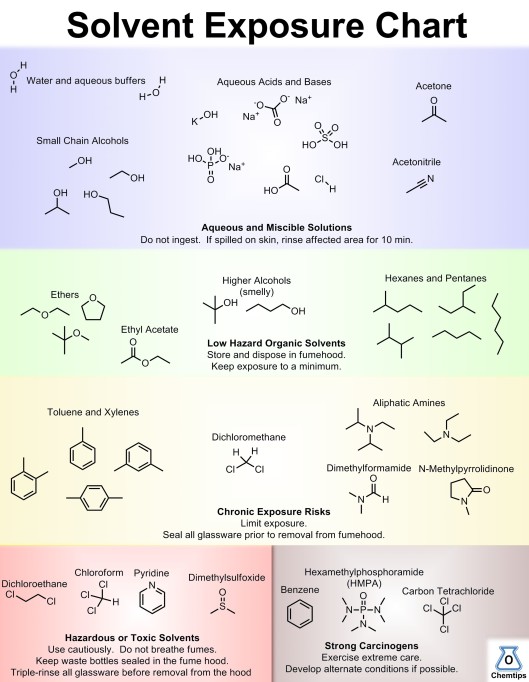 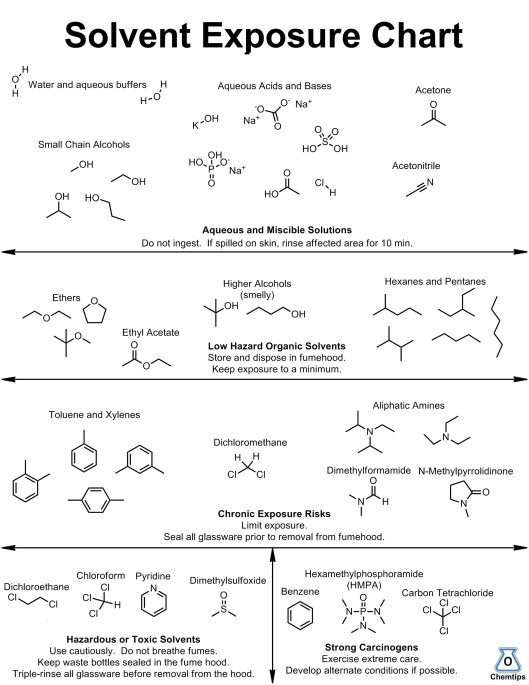 The same chart, in black and white. Click for larger version.

As much as possible I’ve tried to assign hazards based on available health data.  If I’m missing your favourite solvent or you disagree with a label let me know in the comments.

This site uses Akismet to reduce spam. Learn how your comment data is processed.